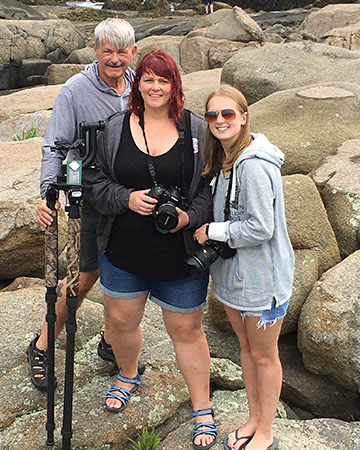 Jim grew up in a small rural community in Northern Tioga County near the Pa Grand Canyon. He spent much of his time growing up in the family camp in Potter County and fishing Pine Creek, Slate Run, Cedar Run and other local trout streams.  His grandfather and father were both avid outdoorsmen and their teachings provided a sound basis for developing skills of interacting with wildlife. Jim has sound stewardship for wildlife.  He learned to be an ethical and humane hunter, fisherman and sportsman. He had an avid interest in wildlife photography and started with Minolta SRT 101 cameras in the 1970’s. He took the cameras on hunts and found as much enjoyment photographing wildlife as he did the shooting part of the hunts. Jim started using digital cameras in 2000 and fully converted to digital SLR photography in 2006 and uses pro Nikon equipment. Jim is a juried photgrapher for the South East Wildlife Exposition in Charleston SC. He also placed in the Top 5 in the 2009 Maine Moose Photography contest, was published in the Bangor Metro Maine Summer Guide and Precision Shooting magazine, and his image of the Canadian Pacific Holiday Train on The Tunkhannock Viaduct on November 27, 2014 won the Canadian Pacific Train photo contest.

Jim has also been a photography mentor to many others.  Two of his most recent students have been his daughter Andrea Mecca and grand daughter Ashtyn Mecca.  Both have joined the Borden Photography team. 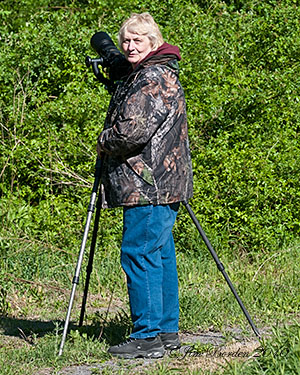 Joan grew up in Cowanesque Pa and spent her early years around farm animals and in the woods with her father and mother.  She has a keen interest in photography and loves taking landscape, floral and bird pictures.  She has also developed an interest in Wildlife photography and enjoys waiting on stand for moose, elk, deer and other wild animals. Joan uses pro Nikon equipment. Joan is a juried photgrapher for the South East Wildlife Exposition in Charleston SC. She also placed in the Top 5 in the 2009 Maine Moose Photography contest and was published in the Bangor Metro Maine Summer Guide.

Jim and Joan spend their leisure time photographing wildlife. Specialties include Moose, Bald Eagles, Elk, Waterfowl, Backyard Birds and Whitetail deer. They endeavor to do the photography in a manner to avoid stressing animals or birds. They have been diligent at learning Bald Eagle habits and have kept close watch of a number of eagle nests tracking activity and births and fledging. 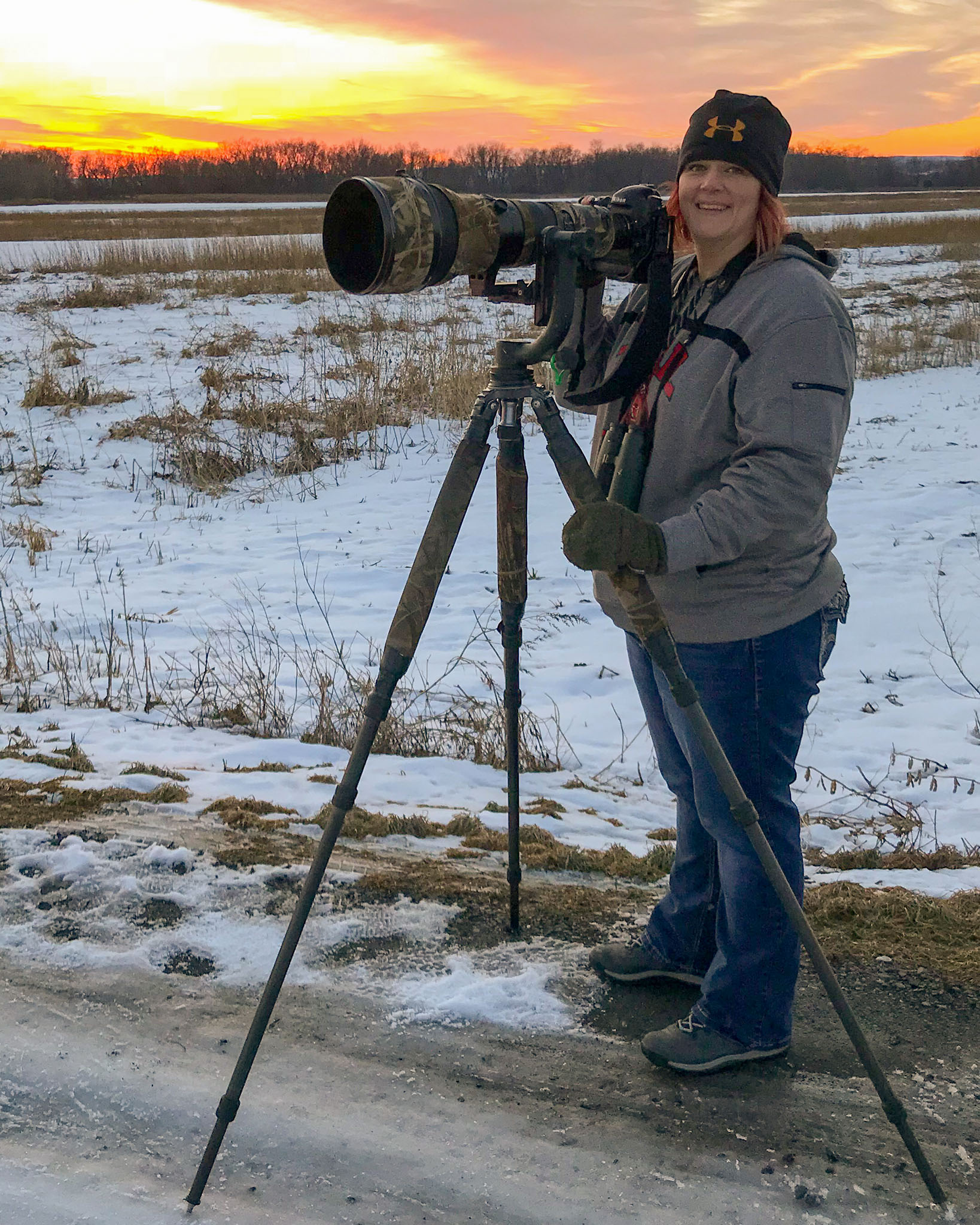 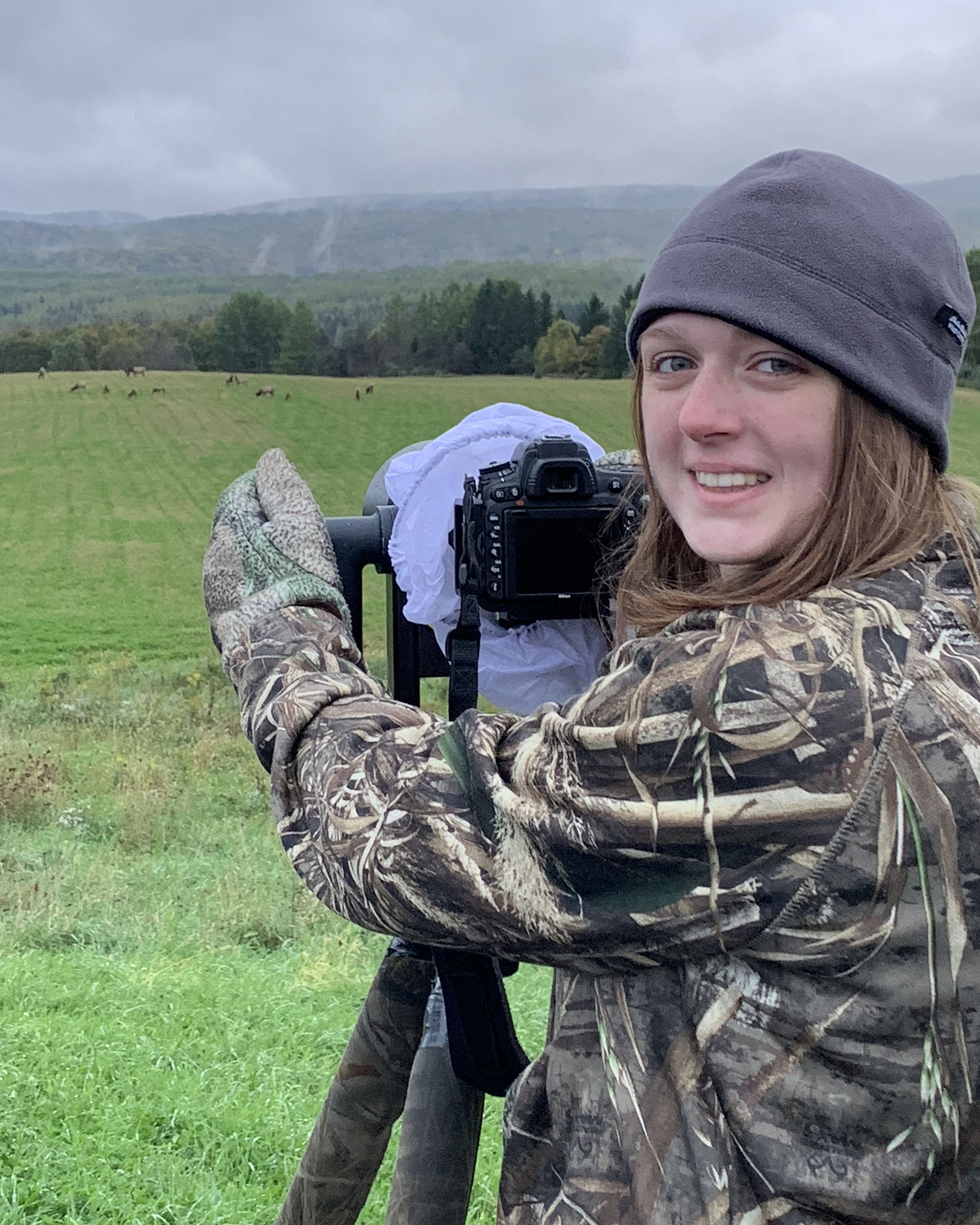 Ashtyn Mecca (Andrea and John Mecca daughter)  is growing up in Nicholson Pa and has been an avid photographer from a very young age.  She began photography while on wildlife and bird excursions with her grandfather and grandmother.  Her portfolio includes pictures ranging from small birds to moose and elk.  She is the Lackawanna Trail High School Yearbook Photographer. She has been also doing senior portrait photos.